“RAIN LOVER” ALBUM OUT ON AUGUST 10TH THROUGH ABC MUSIC

In the lead up to their 6th studio album Rain Lover, Brisbane’s HALFWAY have announced they will be hitting the road for a series of album launch shows.

With a long history in the local and national music scene, fans can look forward to an album packed with tracks that are broadly universal yet remain devastatingly personal; the album is a story of big dreams, conflict, addiction and disappointment with the narrative using central characters which are real people from Rockhampton in the 60’s, 70s, 80s.

HALFWAY have previously recorded with renowned producers Robert Forster (The Go- Betweens), Peter Jesperson (The Replacements) and Mark Nevers (Lambchop). Which comes to no surprise that previous albums ‘Any Old Love’ (2014) and ‘The Golden Halfway Record’ (2016) both received 5 star reviews in national press, an AIR award for Country album of the year (2015) and received a nomination for an APRA award and won three QMA awards including Song of the year in 2015 for the song Dulcify from the album ‘Any Old Love’.

Halfway describe themselves: “The band is like a face, showing all the stuff that the years have piled on. One day you’re just a kid, screaming around in the summer dark, and then you do what you do, roads less travelled or waking up in the ditch, but keeping on. Then every now and then, in the midst of it all, you look in the mirror and it’s all there. These albums are like those mirror moments”. 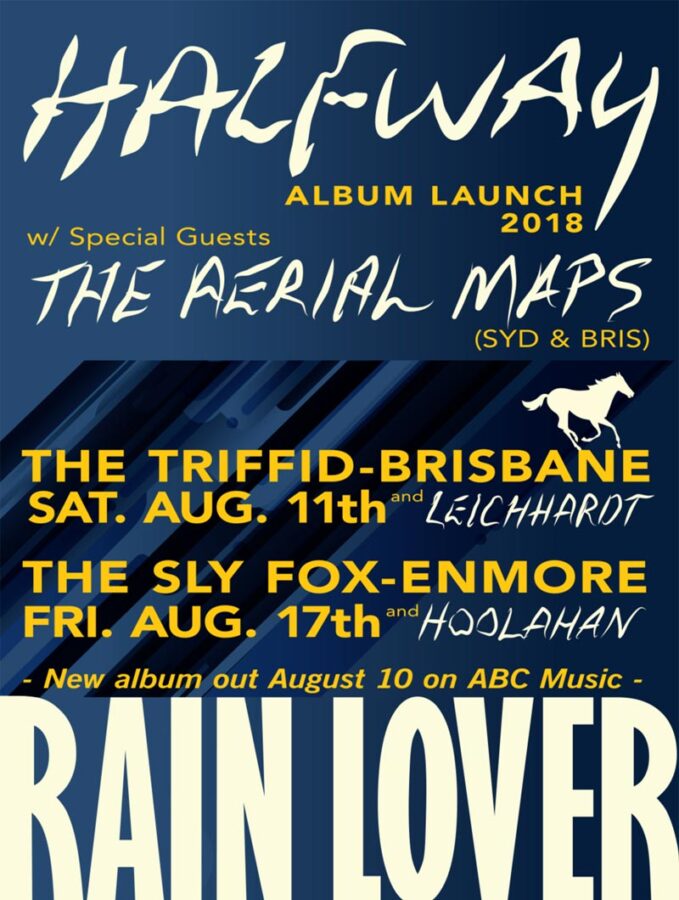