In 2015, they began to work on the writing and recording of an album of songs/stories.

Aboriginal ancestral remains and secret, sacred objects are scattered across the globe, in museums both overseas and in Australia. In Aboriginal religious law, there will be no spiritual peace until the dead have been returned to the place of their birth and received their last rites in accordance with their traditions.

This album tells the story of the Repatriation of Aboriginal Ancestral Remains. Restless Dream is a very personal story, yet it touches all Aboriginal Nations as they grapple with the task of repatriation and reburial, just as it acknowledges those who have taken on the task of uncovering the past and advocating for the Rights of the Dead.

Bob and William are both friends of Halfway. Bob used to come to band practices, to listen to us play, and to share the summer nights and his stories.

“We have a responsibility to uphold the fundamental rights of the dead to return to the lands of their birth, and to be given customary last rites in accordance with their culture and beliefs. Restless Dream will help to put an end to the injustices of the past in the true spirit of reconciliation and justice.” Bob Weatherall, writer and performer

The album was recorded at QUT in Brisbane in 2016, by Yanto Browning (Kate Miller-Heidke/Art of Sleeping) and mixed in South Carolina by Mark Nevers (Yo La Tengo/Bonnie “Prince” Billy/Lambchop/Jason Isbell). It is a blend of songs, stories and instrumentals; like a Halfway album and then some. The album will be performed for the Brisbane Festival in September 2021.

“My ears sought out Bob’s words in the dark, the stories of his work: travelling to the other side of the earth; the arrogance and thievery of scientists and protectors; the overwhelming emotion of this job. A job which chose him. A tricky job, full of negotiation, responsibility, righteous successes and disheartening failures. And he was burdened with an overwhelming question: Who is going to carry this work on?” 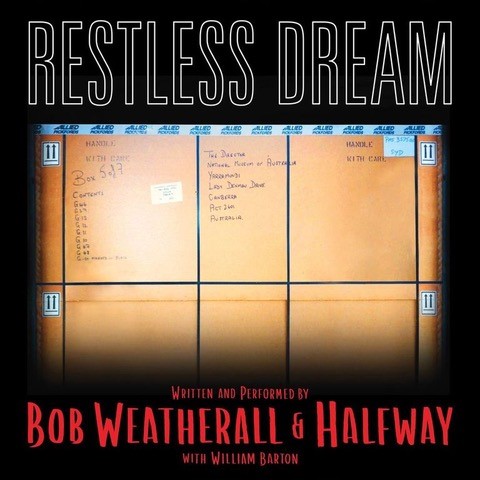 Restless Dream is OUT NOW on P1 / ABC MUSIC.

To pass the time in Covid 19 isolation, John Busby has created a podcast that provides insight into forming Australian band, Halfway. Which covers the process and people involved in making their six albums, and what it’s like to be in an indie rock band for twenty years. The podcast includes interviews with Robert Forster … Read More

END_OF_DOCUMENT_TOKEN_TO_BE_REPLACED 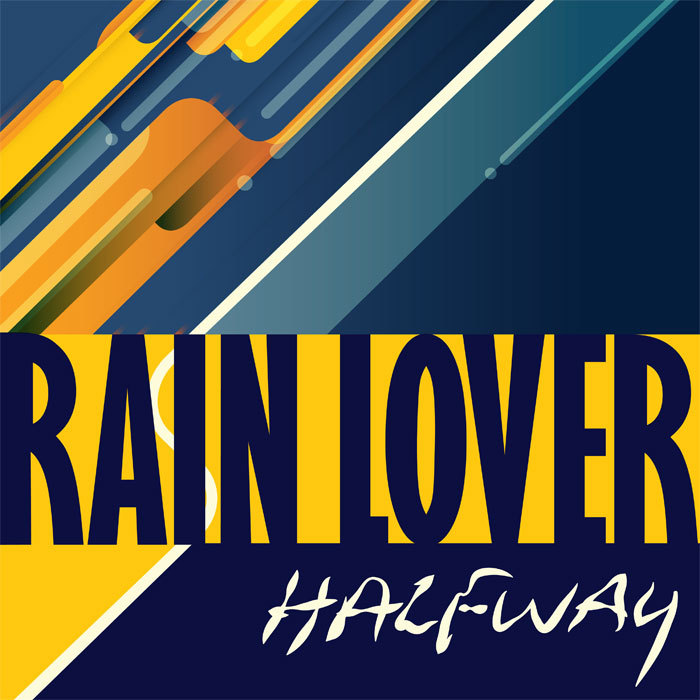 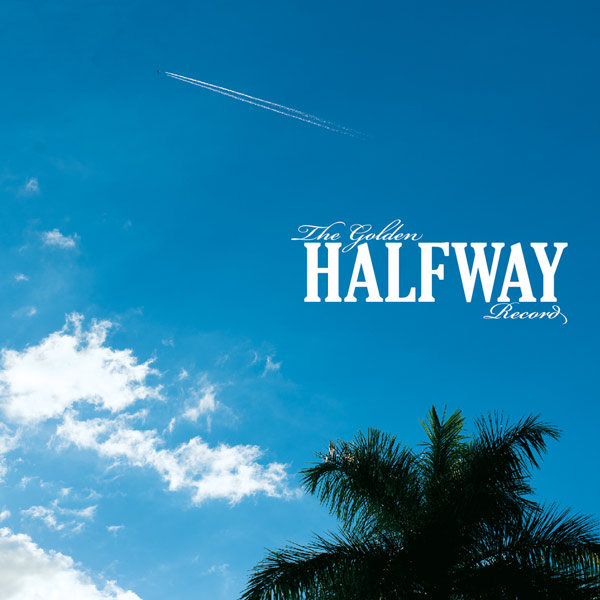 Halfway Live at The Triffid 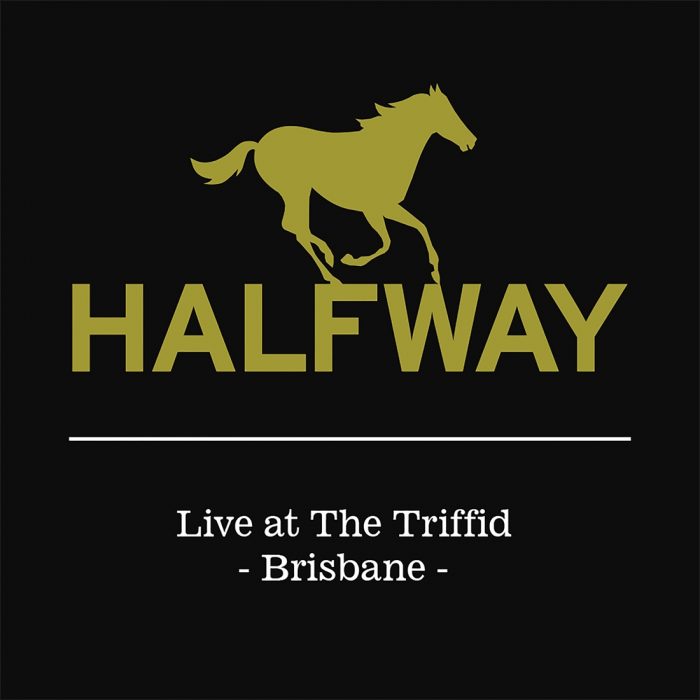 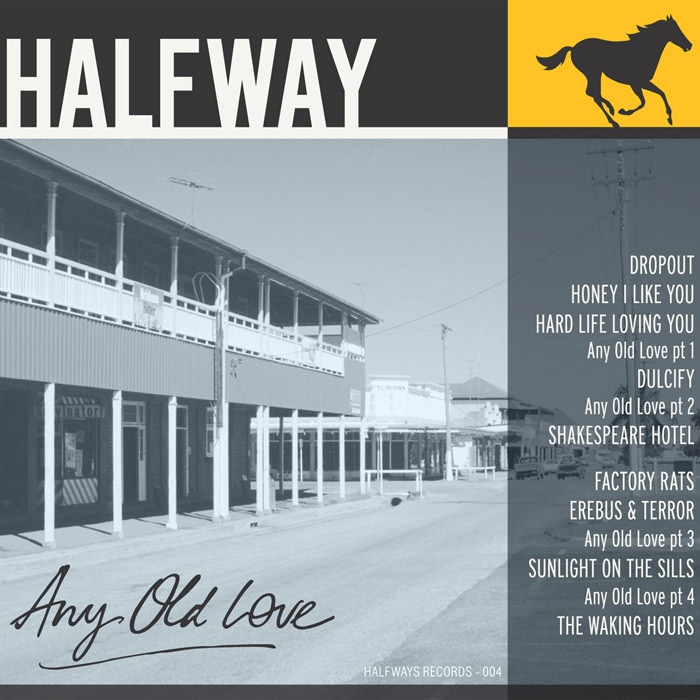 Halfway is an eight piece band based in Brisbane, Australia. Three of the members –  John Busby, Elwin Hawtin and Chris Dale originally hail from Rockhampton, Central Queensland. After moving to Brisbane and recruiting the like-minded Ben Johnson (bass), Halfway was formed in 2000.

Joining shortly after were Dublin born brothers Noel Fitzpatrick (pedal steel) and Liam Fitzpatrick (banjo/mandolin).  The finishing touches to the lineup were added with the inclusion of ex-Go-Between John Willsteed (guitar) & Luke Peacock ‘The Bird’ (keys/guitar).

I remember Ron Peno, the flamboyant singer from Died Pretty, once telling me a story about when he first moved up to Brisbane in the early 80s, to get together with guitarist Brett Myers to form the Pretties.

He related how he’d been warned by people, Watch out up there Ron, it can be dangerous with Bjelke-Peterson and all that, they don’t take kindly to southerners, especially ‘wierdos’ like you… And Ron couldn’t quite understand what they meant; until, he laughed, he hadn’t been off the train but for a few minutes – likely sashaying along in leather or latex – before he was picked up by the cops…

If that’s what Brisbane was like, imagine how much harder it must have been in Queensland’s outlying regions!

The duo at the core of Halfway, John Busby and Chris Dale, come from Rockhampton, and well do they recall how hard it was growing up in the self-proclaimed Beef Capital of Australia in the 1980s.

The first (fullscale) song on this album – and really its scene-setter and centerpiece – “Bret Canham’s Leather Jacket,” is about a kid they knew who, with his penchant for ‘weird’ clothes/hairstyles/music, stood out in Rocky the same way Ron Peno did in Brisbane, and who similarly suffered for it… but who equally refused to submit; who flaunted it, and wore a defiant smile even as he was knocked down; who eventually fled town and lived his dream, or at least gave it a shot, in a by-then relatively more tolerant Brisbane.

Which is a not dissimilar narrative arc to that of Halfway themselves. From Brisbane, it’s a long way to go to Nashville to make a record that’s not very country, and is very Rockhampton – but just as Grant McLennan, who was conspicuously also a Rockhampton boy, had to go to London to write “Cattle & Cane,” it’s often, as they say, only the road out of town that leads you back to yourself.

And whether or not Bret Canham’s story – or Ron Peno’s, or Halfway’s for that matter – has a happy ending, the point is that Halfway go all the way. They are giving their dream a shot too, and they know that ultimately the only thing that might beat them is the inexorable passage of time itself..