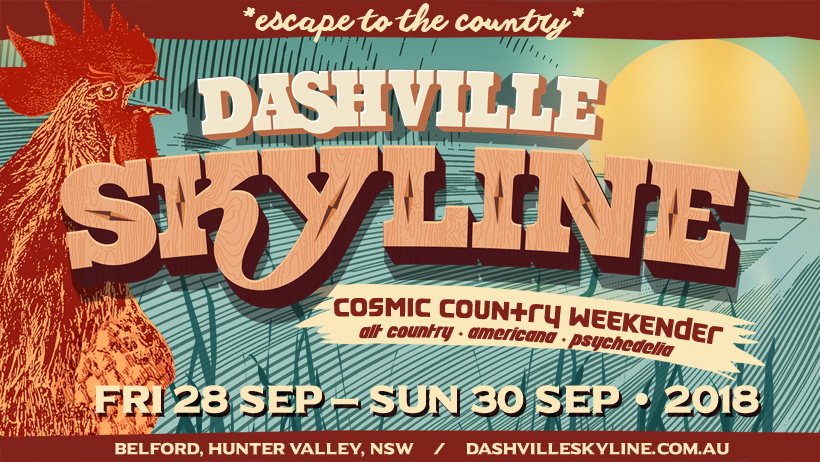 Dashville Skyline – Cosmic Country Weekender is our tribute to the golden era of roots music through the ’60s and ’70s.

Held over the Labour Day long weekend, 28-30 September 2018, the festival features a myriad of laid back country activity, along with over 40 live performances one by one over three days, combining elements of Americana, psych-rock, alt-country, folk and bluegrass.

Following on from the biggest first announcement in the history of the festival, Australia’s very own cosmic country weekender, Dashville Skyline, reveals the full list of acts heading to the Hunter Valley this September 28-30.

Unfolding over the Labour Day long weekend, the fourth instalment of this magical family friendly festival will feature three full days of country inspired activity, combined with over 40 live performances, one by one over two stages.

Jumping aboard the laid-back camping festival, that already includes THE WAIFS (only NSW show), C.W. STONEKING (solo), HAT FITZ & CARA and 19-TWENTY, is none other than the legendary folk group THE BUSHWACKERS, a band 48 years young. Described by Rolling Stone as “the Australian band”, The Bushwackers have captured the essence of Australiana like few else across our fair land.